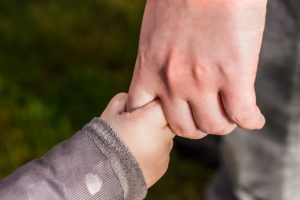 Whether parents are married or unmarried, Nevada Courts have jurisdiction to make orders regarding custody and control of children until the children emancipate. Children emancipate when they reach the age of 18 years or, if they are still in high school, when they graduate or reach the age of 19, whichever occurs first. Denise A. Gallagher is also a Custody Attorney.

Dealing with a child custody matter? Schedule a consultation with one of our compassionate family law attorneys today.
Call us at (702) 448-1099 or Click Here to Schedule An Appointment

The standard by which a Nevada Court will determine custody is “the best interest of the child”. A Nevada Court cannot give a parent preference because of their sex. For example, mothers do not automatically receive custody of their child just because they are the mother.

Handles Business with Knowledge and Style

One of the first things that impressed me when I came to her was that she made me feel validated and heard...You took no bull and she fought for me on days I didn't fight for myself. It paid off and I am appreciative of her hard work and expertise. Her front office staff is also very awesome. Great response time, availability and very personable.

The amount of time each parent spends with their children has an impact on child support, their right to relocate with the children and changes to the custodial schedule in the future.

When initially establishing custody through the Nevada Courts, if parties disagree on custody of their child or children, they must attend mandatory mediation. If mediation fails, the parties can be referred by the Court to a therapist or a custody evaluator who will assist the Court in determining the custodial arrangement in the best interests of the children. That decision will be made at an evidentiary hearing.

In certain cases, a grandparent or another person close to the child may petition the Court for custody, however parents are preferred under Nevada law.